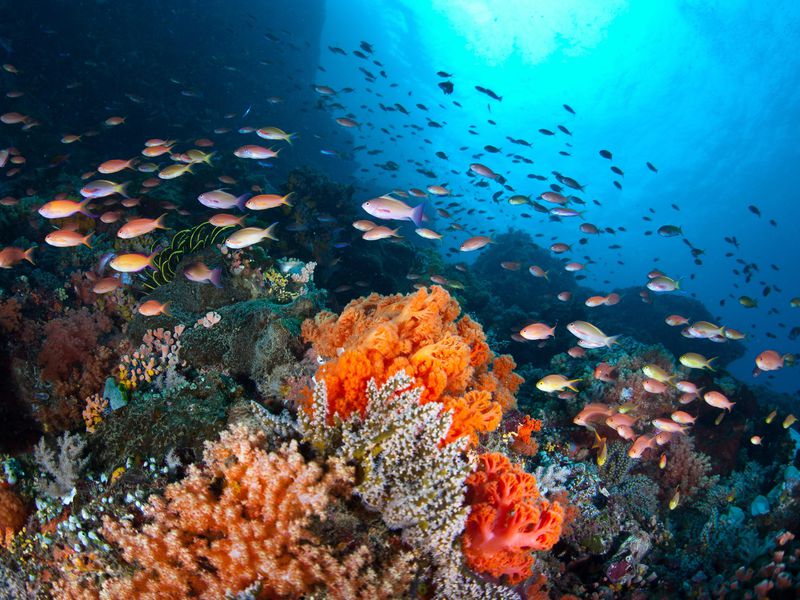 Heatwaves in the world’s oceans have become over 20 times more frequent due to human influence. This is what researchers from the Oeschger Centre for Climate Research at the University of Bern are now able to prove. Marine heatwaves destroy ecosystems and damage fisheries.

A marine heatwave (ocean heatwave) is an extended period of time in which the water temperature in a particular ocean region is abnormally high. In recent years, heatwaves of this kind have caused considerable changes to the ecosystems in the open seas and at the coast.

Their list of negative effects is long: Marine heatwaves can lead to increased mortality among birds, fish and marine mammals, they can trigger harmful algal blooms, and greatly reduce the supply of nutrients in the ocean. Heatwaves also lead to coral bleaching, trigger movements of fish communities to colder waters, and may contribute to the sharp decline of the polar icecaps.

Researchers led by Bern-based marine scientist Charlotte Laufkötter have been investigating the question of how anthropogenic climate change has been affecting major marine heatwaves in recent decades.

In a study recently published in the well-known scientific journal Science, Charlotte Laufkötter, Jakob Zscheischler and Thomas Frölicher concluded that the probability of such events has increased massively as a result of global warming.

The analysis has shown that in the past 40 years, marine heatwaves have become considerably longer and more pronounced in all of the world’s oceans. “The recent heatwaves have had a serious impact on marine ecosystems, which need a long time to recover afterwards — if they ever fully recover,” explains Charlotte Laufkötter.

READ MORE  What happens when the fallout from the nation’s largest industrial disaster goes nuclear?

A huge increase since the 1980s

In its investigations, the Bern team studied satellite measurements of the sea surface temperature between 1981 and 2017. It was found that in the first decade of the study period, 27 major heatwaves occurred which lasted 32 days on average.

The temperatures in the sea usually fluctuate only slightly. Week-long deviations of 5.5 degrees over an area of 1.5 million square kilometers — an area 35 times the size of Switzerland — present an extraordinary change to the living conditions of marine organisms.

For the seven marine heatwaves with the greatest impact, researchers at the University of Bern carried out what is referred to as attribution studies. Statistical analyses and climate simulations are used to assess the extent to which anthropogenic climate change is responsible for the occurrence of individual extremes in the weather conditions or the climate. Attribution studies typically demonstrate how the frequency of the extremes has changed through human influence.

According to the findings of the attribution studies, major marine heatwaves have become more than 20 times more frequent due to human influence. While they occurred every hundred or thousand years in the pre-industrial age, depending on the progress of global warming, in the future they are set to become the norm.

If we are able to limit global warming to 1.5 degrees, heatwaves will occur once every decade or century. If temperatures rise by 3 degrees, however, extreme situations can be expected to occur in the world’s oceans once per year or decade. “Ambitious climate goals are an absolute necessity for reducing the risk of unprecedented marine heatwaves,” emphasizes Charlotte Laufkötter. “They are the only way to prevent the irreversible loss of some of the most valuable marine ecosystems.”

Abstract:
Marine heatwaves (MHWs)—periods of extremely high ocean temperatures in specific regions—have occurred in all of Earth’s ocean basins over the past two decades, with severe negative impacts on marine organisms and ecosystems. However, for most individual MHWs, it is unclear to what extent they have been altered by human-induced climate change.

We show that the occurrence probabilities of the duration, intensity, and cumulative intensity of most documented, large, and impactful MHWs have increased more than 20-fold as a result of anthropogenic climate change. Rice lab turns trash into precious graphene in a flash