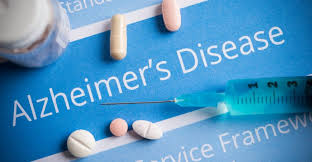 USC Dornsife psychologists have found that those patients with untreated diabetes developed signs of Alzheimer’s disease 1.6 times faster than people who did not have diabetes.
The study was published in the journal Diabetes Care.
“Our findings emphasize the importance of catching diabetes or other metabolic diseases in adults as early as you can,”
says Daniel A. Nation, a psychologist at USC Dornsife College of Letters, Arts and Sciences.

“Among people with diabetes, the difference in their rate of developing the signs of dementia and Alzheimer’s is clearly tied somehow to whether or not they are on medication for it.”

Nation says that this study may be the first to compare the rate of developing the pathology for Alzheimer’s disease and dementia among people with normal glucose levels, with pre-diabetes, or people with type 2 diabetes both treated and untreated.
For the study, the scientists were comparing the “tau pathology” — the progression of the brain tangles that are the hallmark of Alzheimer’s disease. When the tangles combine with sticky beta-amyloid plaques a toxic protein they disrupt signals between brain cells, impairing memory and other functions.
Nation and Elissa McIntosh, a USC Dornsife Ph.D. doctoral candidate in psychology, analyzed data collected by the Alzheimer’s Disease Neuroimaging Initiative on 1,289 people age 55 and older. Data included biomarkers for diabetes and vascular disease, brain scans and a range of health indicators, including performance on memory tests.
For some participants, Nation and McIntosh were able to analyze 10 years’ worth of data, while for others, they had one or four years.
Among 900 of those patients, 54 had type 2 diabetes but were not being treated, while 67 were receiving treatment.
Most people in the study 530 had normal blood sugar levels while 250 had prediabetes (hyperglycemia).
The researchers compared, among the different diabetic patient categories, the brain and spinal fluid test results that can indicate signs of amyloid plaques and the brain tangles.

“It is possible that the medicines for treating diabetes might make a difference in the progression of brain degeneration,”

Nation says.
“But it’s unclear how exactly those medications might slow or prevent the onset of Alzheimer’s disease, so that is something we need to investigate.”
Increasingly, scientists regard Alzheimer’s disease as the result of a cascade of multiple problems, instead of triggered by one or two.
The compounding factors range from pollution exposure and genetics (the ApoE4 gene, for instance) to heart disease and metabolic disease.
The study was supported by National Institutes of Health grants R21-AG-055034, P01-AG-052350 and P50-AG-005142 and Alzheimer’s Association grant AA-008369.
The Alzheimer’s Disease Neuroimaging Initiative is supported by the National Institute on Aging and the National Institute of Biomedical Imaging and Bioengineering, as well as other public and private partners.
Story source:
University of Southern California
READ MORE  Program to improve outcomes for geriatric surgery patients shows promise Prisoners at San Quentin are dying from COVID, and help isn’t coming Scientists discover new endemic species in the habitats of Hawaii