Researchers have have discovered several biomarkers that can accurately identify hypervirulent K. pneumoniae, a pathogen that infects completely healthy people and can cause blindness in one day and flesh-eating infections, brain abscesses and death in just a few days.

This is the nightmare scenario that obsesses Thomas A. Russo, MD, professor of medicine in the Jacobs School of Medicine and Biomedical Sciences at the University at Buffalo.
Since seeing his first case in Buffalo seven years ago, he has been investigating hypervirulent Klebsiella pneumoniae, a rare but increasingly common strain of K. pneumoniae.
There is no accurate method for distinguishing between the hypervirulent strain from the classical strain of K. pneumoniae, which is most often seen in the Western hemisphere, is less virulent and usually causes infections in hospital settings.
Now Russo, who heads the Division of Infectious Diseases in the UB Department of Medicine, and his colleagues have discovered several biomarkers that can accurately identify hypervirulent K. pneumoniae. The research was published in late June in the Journal of Clinical Microbiology..
In a commentary paper the journal published on June 27, authors from the Fujita Health University School of Medicine in Japan and the University of Pittsburgh School of Medicine noted that the UB research is “a major step forward” in developing a consensus definition of the hypervirulent strain and in designing international studies to reveal more about its epidemiology and clinical presentation.

“Presently, there is no commercially available test to accurately distinguish classical and hypervirulent strains, this research provides a clear roadmap as to how a company can develop such a test for use in clinical laboratories. It’s sorely needed.”

Russo added that a definitive diagnostic test would not only optimize patient care but would also allow researchers to perform epidemiologic surveillance to track how frequently the hypervirulent strain causes infection and how frequently it acquires antimicrobial resistance.
While the assumption is that the pathogen spreads from person to person through food and water, the mode of transmission is unknown.

No way to tell the difference

Russo explains that both strains of K. pneumoniae can be deadly, but the classical strain is more likely to infect patients with underlying disease, or who are immune-compromised and hospitalized.
By contrast, the hypervirulent strain can infect healthy, young people in the community, causing sudden, life-threatening complications, ranging from liver or brain abscesses to flesh-eating infections.
While it’s currently less likely to be antibiotic resistant, these strains continue to evolve. Classical strains are more likely to be antimicrobial resistant.

“What’s increasingly concerning is the growing number of reports that describe strains of hypervirulent K. pneumoniae that are antimicrobial resistant, a bug that’s both hypervirulent and challenging to treat is a bad combination.”

“The latter mechanism is what caused the deaths of five patients in the intensive care unit of a hospital in Hangzhou, China, which was reported early this year,”

Russo said.
Since clinical laboratories have no test to detect the hypervirulent strain, it’s difficult, if not impossible, to properly diagnose it. ,he so-called string test, currently used in some cases to distinguish the classical and hypervirulent strains, is not consistently accurate, according to the UB research.
It’s especially problematic, Russo said, in North America and Europe, where there is a low prevalence of the hypervirulent strain.
“Many clinicians are unaware of the hypervirulent strain,” said Russo. “And because there’s no diagnostic test, the clinical lab can’t give them a heads up.”
Finding the source of hypervirulence
Russo and his co-authors knew that the hypervirulence of K. pneumoniae is largely due to genes located on a large virulence plasmid, DNA that is independent from the chromosome.
They hypothesized that some of these genes, including those producing iron-acqusition molecules called siderophores, might be good biomarkers. This proved to be the case.
They also found that higher concentrations of siderophores predicted hypervirulence. They then validated the identified biomarkers in a mouse infection model.

“The advantage of identifying these genetic biomarkers is that they can be developed into rapid nucleic acid tests, and if approved by the Food and Drug Administration, would then provide clinicians with an accurate method to quickly determine if a patient is suffering from an infection due to the classical or hypervirulent strain,”

Russo explained.
He added that such a test will not only benefit patients and possibly save lives, but will also prove critical in learning more about hypervirulent K. pneumoniae.
“For example, we don’t know the frequency of infection by hypervirulent K. pneumoniae in different parts of the world,”
he said.
“We know it infects all ethnic groups, but so far it’s been described most often in Asians, particularly in Asian Pacific Rim countries. Is that because hypervirulent K. pneumoniae is more commonly acquired in that part of the world but doesn’t necessarily result in infection, or because some Asian populations are, for some reason, more susceptible to it? Now we can begin to study those kinds of epidemiological questions.”
Story source
University at Buffalo
READ MORE  Researchers identify a genomic mechanism by which genes help distinguish a good number of scents 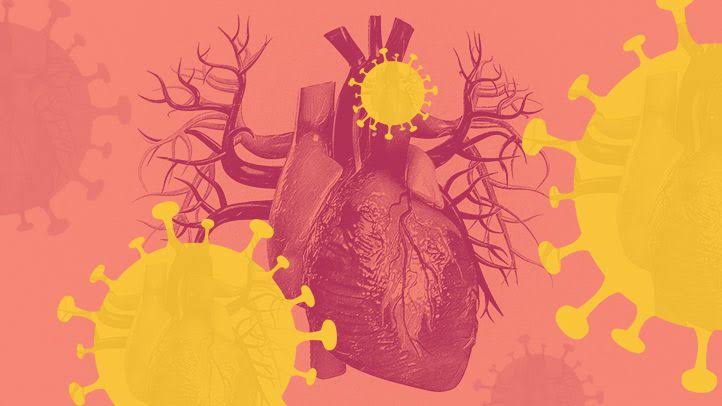 COVID-19’s consequences for the heart