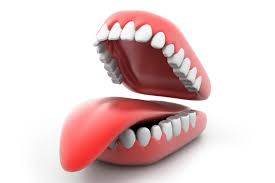 The human tongue though very small has several amazing potentials which puts it out as one of the bodies tiny wonder.
Human bio-science due to this has compiled 25 interesting facts about the human tongue.

1. The tongue is the only organ that’s gets support and moves
without the help of any bone (skeleton)

2. The human tongue houses the taste buds which makes it
possible to detect and memorize taste. If examined under a microscope, several
thousands of bumps are visible which are known as the papillae.

3. The tongue is not the only organ of the body which houses or
contains the taste bud. Taste buds can also be found on the cheeks, roof of our
moth and under the tongue.

4. There are approximately 10000 taste buds that can be found
in the mouth of which about 80% live on the tongue and the remaining 20% can be
found on the other parts of the mouth.

5. There are different segments on the tongue which are
responsible for different types of taste. Our tongues can taste sour, bitter,
sweet, salty and umami.

6. A new taste variant
was discovered a Japanese scientist which is known as umami. It was found out
that the chemical responsible for this taste is mono-sodium glutamate.

In terms of achievements records the tongue holds these
following records..
7. The tongue is the strongest muscle in the body

8. The tongue holds the record as the most flexible muscle in
the body

9. The tongue also holds the record of the most sensitive
muscle of the body

10. The tongues most important function (taste) is powered by
the saliva and its function as a taster will be useless without the saliva. This
is so because the taste triggers coming from substances has to be dissolved in
the saliva before the taste receptors in the tongue will be able to pick them
up.

11. Certain tongue colors can tell the state of ones health e.g.
a pink tongue indicates that a person is healthy and whole hearty, a white
tongue do indicate the presence of a fungal infection while a yellow tongue can
signify the presence of fever or a stomach problem.

13. The tongue due to the presence of several buds and its
muscular nature feel rough on touch.

14. On an average men tend to have longer tongues than women
The tongue only has the ability to taste substances that can
be dissolved in water thus anything that is unable to dissolve in water won’t
be able to be detected by the tongue.

15. Each taste bud on the tongue contains between 50 to 100
sensing cells.

16. Only about 2/3rd of the total taste buds can be
seen. The rest is found close to the throat.

17. Sticking out your tongue on others is a form of greeting in Tibet.

18. Without the tongue we would be unable to speak and
pronounce. If the tongue is cut or held we would only have the ability to make
sounds.

19. The human tongue is divided into two parts namely: the
anterior and the posterior

20. There are 8 muscles that can be found in the tongue which
can be classified as intrinsic and extrinsic.

21. The average length of the tongue from the back of the mouth
to the tip is 4 inches

22. The tongue of a blue whale weighs approximately 2.7 metric
tons

23. A dogs tongue increases in size after a good exercise due to
increased blood flow.

24. Giraffes have bluish tough and rough tongue which enables them to chew thorny acacia trees.

25. Cats can’t taste sweets. they have much less taste buds than humans do.

READ MORE  How many earth-like planets exist in space

Stuffs you need to know about the deadly disease rabies

Why are bat viruses so deadly?(Facts)

New data from the NASA/ESA Hubble Space Telescope have led to the first measurement of the extent of a collection of black holes in a core-collapsed globular cluster.

By changing their shape, some bacteria can grow more resilient to antibiotics

Detecting ADHD with near perfect accuracy