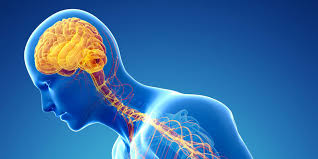 The spinal cord is a vital part of the nervous system which
transmits sensory reception from the
peripheral nervous system. The spinal cord also conducts
motor information to the body’s cardiac muscles, smooth muscles, skeletal
muscles , and glands . There are 31 pairs of spinal nerves which run along the
spinal cord, all of which consist of both sensory and motor neurons. The spinal
cord is protected by vertebrae which connects the peripheral nervous system to
the brain, and it also acts as a “minor” coordinating center.

There are different types of disorders and diseases which
the nervous system can suffer from which can range from mild diseases and
dysfunctions which can be managed normally to deadly fast killing diseases
which can cause an instant shutdown of the nervous system which will then
result to instant death. 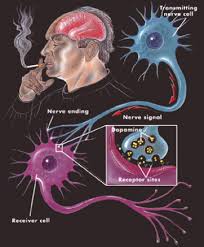 Addiction is the dysfunction of the brain’s reward system
which arises through transcriptional and epigenetic mechanisms and occurs over
time from very high levels of exposure to stimulus which can induce an
addiction to the brain (e.g., sexual intercourse, morphine, gambling, cocaine,
etc.)

Arachnoid cysts
They are cerebrospinal fluid which are covered by
arachnoidal cells that can develop on the spinal cord or the brain. They are a
congenital disorder, and in few cases might not show symptoms. However, if
there is a large cyst, symptoms may include, Ataxia (lack of muscle control),
hemiparesis, headache, seizures and several others.


Macrocephaly and ADHD are very
common among children, while pre-senile dementia, hydrocephalus (an abnormality
of the dynamics of the cerebrospinal fluid), and urinary incontinence are
symptoms for elderly patients (65 and older). 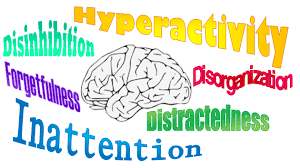 ADHD is currently considered to be a genuine organic
disorder of the nervous system. ADHD, which in severe cases can be
debilitating, has symptoms that is thought to be caused by structural as well
as biochemical imbalances in the brain; in particular, low levels of the
neurotransmitters norepinephrine and dopamine which are in charge of
controlling and maintaining attention and movement.


Many people with ADHD
continue to have symptoms well into adulthood. Also of note is an increased
risk of the development of Dementia with Lewy bodies, or (DLB), & a direct
genetic association of Attention deficit disorder to Parkinson’s disease
two progressive, and
serious, neurological diseases whose symptoms often occur in people over age
65.

Autism or autism’s pectrum disorder can be said to be a
neurodevelopmental disorder that is characterized by restricted and repetitive
patterns of behavior and persistent deficits in social interaction and
communication.


Autism can also be refered as a range of conditions characterized
by challenges with social skills, repetitive behaviors speech and nonverbal
communication.

Bipolar disorder is a very serious illness of the nervous
system. Mood swings from the highs of mania to the lows of deep depression
usually occurs over several weeks to months. Symptoms can include both signs of
major depression & mania. 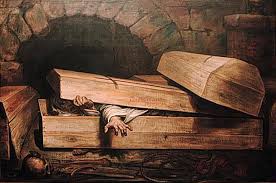 Catalepsy is a nervous disorder characterized by trance or
seizure, immobility and muscular rigidity, along with a decreased sensitivity to
pain. Catalepsy is a symptom of serious diseases of the nervous system (e.g., Epilepsy
,  Parkinson’s disease , etc.) rather
than a disease by itself. Cataleptic fits can range in duration from several
minutes to days and weeks

Major depressive disorder, otherwise known as depression, is
a disorder that is characterized by a pervasive and persistent low mood that is
accompanied by low self-esteem and by a loss of interest or pleasure in
normally enjoyable activities. It causes severe symptoms on the way you think,
feel and take care of daily activities.

Encephalitis is known as an acute inflammation of the brain.
It is usually caused by a foreign substance, or the immune system attacking the
brain tissues by error or a viral infection. Symptoms of this disease include
headache, neck pain, vomiting, drowsiness, nausea, and fever. Complications from
this inflammation can result to seizures hallucinations and memory problems. 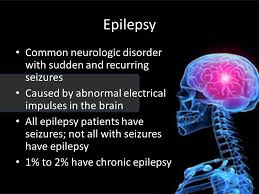 Epilepsy is a very serious, unpredictable and fatal disorder
of the nervous system, which is thought to be as a result of faulty electrical
activity in the brain. Epileptic seizures result from abnormal, excessive, or
hyper synchronous neuronal activity in the brain. Epilepsy becomes more common
as people age. Onset of new cases occurs most times in infants and the elderly.
Epileptic seizures may occur in patients recovering from brain surgery.

Locked-in syndrome usually results from a stroke that
damages a part of the brainstem, in which the body and most of the facial
muscles are paralysed but consciousness remains and the ability to perform certain
eye movements are maintained.

Meningitis is an acute inflammation of the membranes
surrounding the brain and the spinal cord. It is often caused by a bacterial or
viral infection. Vomiting, headache, Fever,  and a stiff neck are all symptoms of
meningitis.

A chronic, often debilitating neurological disorder
characterized by recurrent moderate to severe headaches. Typically, this
headaches affect one half of the brain.

Multiple sclerosis (MS) is a chronic, inflammatory demyelinating
disease, which simply means that the myelin sheath of neurons is damaged. Multiple
sclerosis is a disabling disease of the central nervous system. Symptoms of MS
include visual and sensation problems, muscle weakness, numbness and tingling
all over, muscle spasms, poor coordination, and depression.

Alzheimer’s is a type of dementia that causes problems with
thinking memory and behavior.

Alzheimer’s is a neurodegenerative disease
typically found in people over the age of 65 years. Worldwide, approximately 24
million people have dementia; 60% of these cases are due to Alzheimer’s. The
ultimate cause is unknown. The clinical sign of Alzheimer’s is progressive
cognition deterioration.

Huntington’s disease also known as Huntington’s cholera is an
inherited degenerative neurological disorder that results in the death of brain
cells. Degeneration of neuronal cells occurs throughout the brain, especially
in the striatum. There is a progressive decline that results in abnormal
movements. Symptoms include problems with mood and mental and functional
abilities.

Parkinson’s disease, is a progressive illness of the nervous
system which is by the death of dopamine-producing brain cells that affect
motor skills and speech. Symptoms may include muscle rigidity,  bradykinesia (slow physical movement), and
tremors. Behavior, thinking, sensation disorders, and the sometimes co-morbid
skin condition Seborrheic dermatitis are just some of Parkinson’s disease
numerous no motor symptoms.

Tourette’s syndrome is an inherited neurological disorder characterized
by repetitive stereotyped involuntary movements and vocalizations. Early onset
may be during childhood, and it is characterized by physical and verbal tics

Trauma brain injury also known as intracranial injury occurs
when an internal force injures the brain. Trauma brain injury can be classified
based on mechanism, severity and other features.
Any type of traumatic brain injury (TBI) or injury done to
the spinal cord can result in a wide spectrum of disabilities in a person.

Infectious diseases are transmitted in so many ways. Some of
these infections may affect the brain or spinal cord directly. Generally, an
infection is a disease that is caused by the invasion of a microorganism or
virus.

Degenerative spinal disorders involve a loss of function in
the spine. Pressure on the spinal cord and nerves may be associated with
herniation or disc displacement. Brain degeneration also causes central nervous
system diseases
Common structural defects include anencephaly, birth
defects, hypospadias , and spina bifida . Children that are born with
structural defects may have heart problems,  malformed limbs, and facial abnormalities.

A tumor is an abnormal growth of body tissue which forms
lumps or growths. They grow and behave differently depending on whether they
are cancerous or non cancerous. In general, they appear when there is a problem
with cellular division. Problems with the body’s immune system can lead to
tumors.

An autoimmune disorder is a condition where in the immune
system attacks and destroys healthy body tissue. This is caused by a loss of
tolerance to the proteins in the body, thus resulting in immune cells recognizing
them as ‘foreign’ and directing an immune response against them. 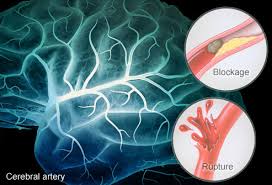 Other neurological malfunctions and disorders include:

problems, such as anxiety disorders ,
depression , or psychosis .
Problems that are present at birth (congenital).
Exposure to toxins, such as carbon monoxide , arsenic, or
lead.
Amyotrophic lateral sclerosis (ALS).
Overuse of or withdrawal from prescription and
nonprescription medicines, illegal drugs, or alcohol.
A sudden (acute) nervous system problem can cause many
different symptoms, depending on the area of the nervous system involved.
Stroke and transient ischemic attack (TIA) are common examples of acute
problems. A patient of sudden (acute) nervous system problem may experience the
sudden onset of one or more symptoms, such as:
Numbness, tingling, weakness, or inability to move a part or
all of one side of the body (paralysis).
Sudden, severe headache.
Confusion or a change in level of consciousness or behavior.
Dimness, blurring, double vision, or loss of vision in one
or both eyes.
Loss of speech, trouble talking, or trouble understanding
speech.
Dizziness, unsteadiness, or the inability to stand or walk,
especially if other symptoms are present.
Severe nausea or vomiting.
READ MORE  The first COVID-19 vaccines will likely require two shots

How computational modelling is transforming medicine